At 12:15pm, on the 29th April, 2011, a 21-gun salute was given by re-enactors at Prince William's Saluting Battery, Fort Amherst. The Royal Salute was to mark the Royal Wedding of Prince William to Kate Middleton. Fort Amherst was one of only two venues in the country that had been given special permission by Buckingham Palace to fire a salute, with live cannons. The sound of the cannons firing was tremendous and could be heard across part of Medway and for several miles around.

Prince William's West Battery was specially restored for the occasion with the help of the Royal Engineers and the fort's volunteers. The battery was used as a saluting battery in the 19th and early 20th century, to fire Royal Salutes, and a mid-day cannon. It is believed to have been last used over a hundred years ago. 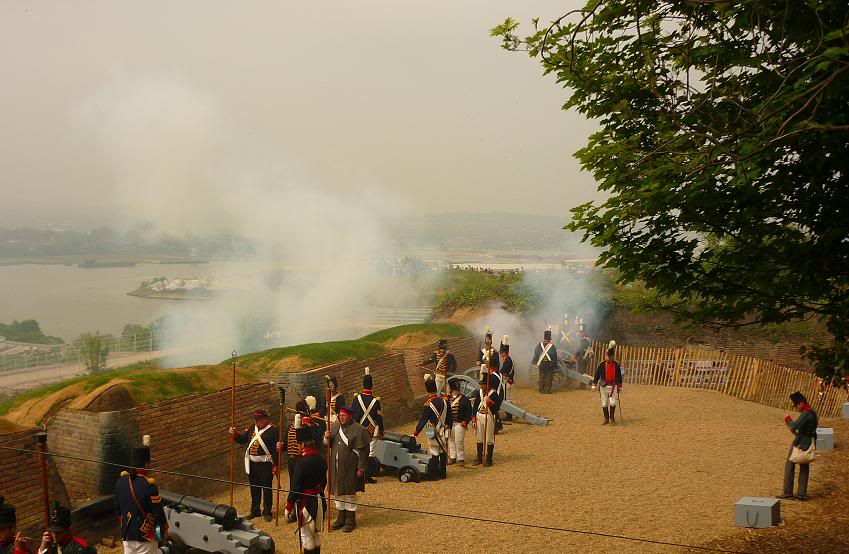 Fort Amherst as part of the Great Lines Heritage Park

The 21-gun salute also marked the official opening of the fort's new 'Prince William's Bridge', and opening of the fort's parkland as part of the Great Lines Heritage Park. The footbridge was named after the present Prince William, and it crosses the dry ditch on the south side of Belvedere Battery (behind the small expense magazine), linking the fort to the field of fire. A new path and boardwalk on the field of fire leads to the Great Lines near the Royal Naval War Memorial. The work to make Fort Amherst part of the Great Lines Heritage Park was funded by central governments "Parklands" funding stream. The overground parkland at the fort is now open, free of charge (does not include the tunnels), every day except Christmas Day,  from 6:15am to 7:45pm in Summer, and 3:45pm in Winter. There are also entrances into the fort's parkland at the end of Maxwell Road, Brompton, and Khartoum Road, Chatham.

The field of fire path and boardwalk..