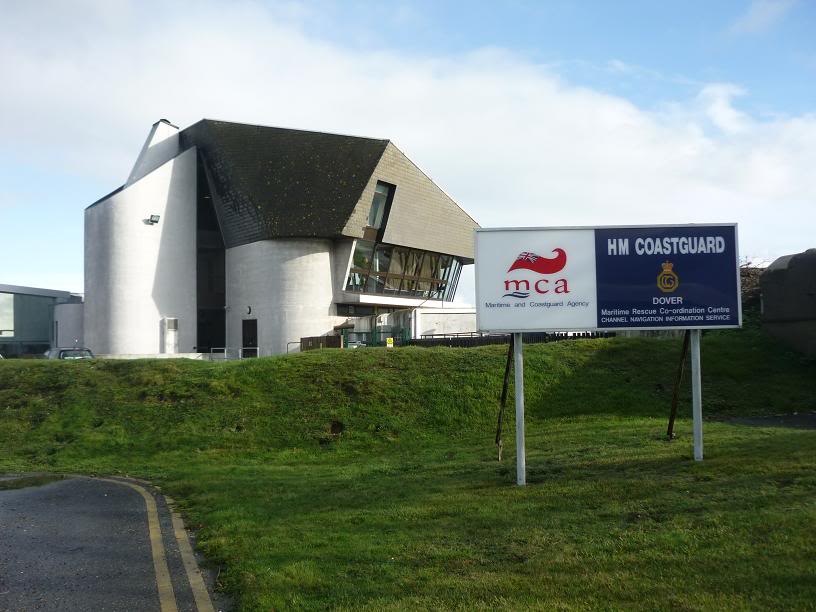 The Maritime Rescue Coordination Centre (MRCC) at Dover was opened in 1979. It is located near the cliff at Langdon Bay, to the East of Dover Castle. The facility is used by Dover Coastguard and is only available to view inside by appointment only. Dover MRCC are responsible for coordinating any search and rescue activities from Herne Bay to Beachy Head. The Channel Navigation Information Service (CNIS) keep the Dover Strait under observation, monitor the flow of traffic, and detect and report any vessels which contravene the International Regulations for Preventing Collisions at Sea.

The facility was built on the site of Langdon Battery, which was a coastal gun battery first constructed in the early 20th century, and used during both world wars for the defence of Dover Harbour. Some of the remains of the battery still exist, above and below ground. Inside the MRCC a spiral staircase leads down to the magazines where the cartridge and shells were stored for the guns. There is also a tunnel which leads towards the cliff edge to a blocked wall, which led to an observation post beyond it.

Many thanks to John Vaughan and Karyn Higgings of the Kent History Forum, and special thanks to Ted Ingham and all the other helpful staff at the Dover MRCC.